If you love automobile design and history, find a way to attend the Amelia Island Concours d’Elegance at the Ritz Carlton in March. Not your average gathering of local Mustangs or lowered 1990s Civics.

When in Baltimore, take a harbor boat over to the American Visionary Arts Museum. A truly unusual, whimsical collection that makes for a fun few hours. 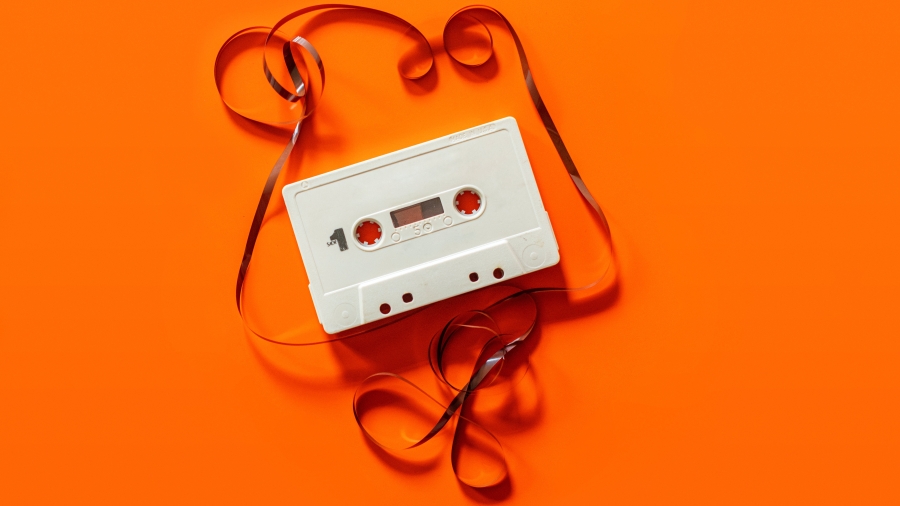 Inventive solution from 1971 for audio directions. Using cassette tapes and a controller device that calculates how far you’ve driven, this 4 minute video demonstrates a GPS driving aide years before modern onboard maps were driven by satellites.

Photo by Daniel Schludi on Unsplash

Great analysis by designer Michael Flarup on how the fall updates to Apple’s operating systems may move interface design back from the stark minimalism of Johnny Ive’s iOS 7 and Google’s Material Design and towards… fun.

The Associated Press attached a very misleading headline to a story about the expected collision rate of the autonomous cars of the near future.

This is their published headline:

The headline is technically true. No autonomous car technology will ever prevent all car accidents. Nor will it allow passengers to lose weight by eating donuts on the way to their destination.

But this is what the study actually found:

The second point was written as:

Insurance Institute for Highway Safety study says computer-controlled robocars will only stop about one-third of them.

Roughly 35,000 people die on US roads each year. Over a million people per year die in crashes globally. Billions of dollars in property are damaged in these accidents. Per the NHTSA, speed-related crashes alone cost Americans over $40 billion each year.

AP writers decided that preventing one-third of these accidents with computer programming and sensors was somehow disappointing. The expectations of any technology are always outsized. Journalists and the public then dismiss huge advances and years of engineering labor because the technology didn’t meet the inflated statistic it was, perhaps unfairly, expected to meet.

Photo by Michael Jin on Unsplash 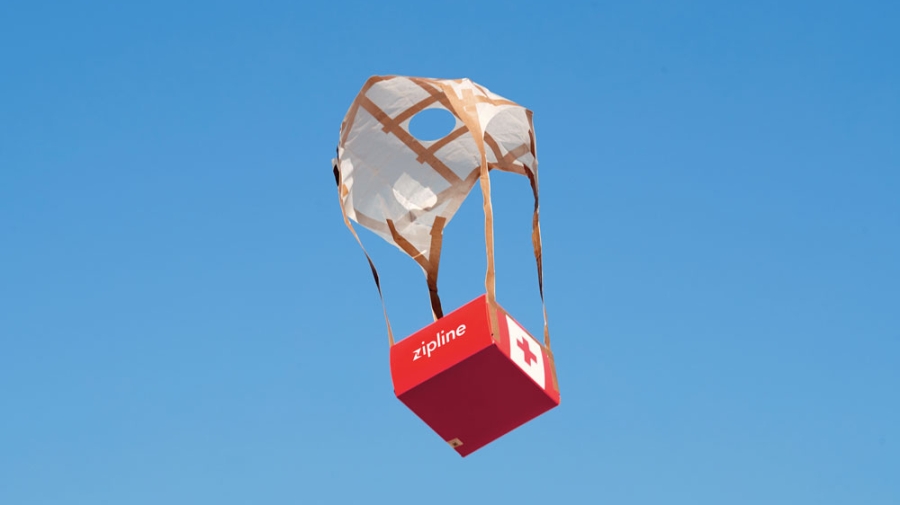 This is a great look at how new technologies can overcome huge gaps in existing infrastructure to help people in the developing world. Zipline is a delivery service for medicine and other critical supplies in Rwanda. Very impressive engineering solution.

Contrary to the common worry that the world will soon become overpopulated, two Canadian researchers have a new book out, Empty Planet, to make the statistical case that the opposite may actually occur.

They base their argument around some trends the United Nations doesn’t take into account in their projections, including how the increasing education levels and professional opportunities available to women throughout Africa, South America and Asia will translate to a lower global birthrate. Interesting interview with the authors in Wired.

As originally published in The Atlantic

I have watched this week’s unfolding events, angry and appalled. The words “Equal Justice Under Law” are carved in the pediment of the United States Supreme Court. This is precisely what protesters are rightly demanding. It is a wholesome and unifying demand—one that all of us should be able to get behind. We must not be distracted by a small number of lawbreakers. The protests are defined by tens of thousands of people of conscience who are insisting that we live up to our values—our values as people and our values as a nation.

When I joined the military, some 50 years ago, I swore an oath to support and defend the Constitution. Never did I dream that troops taking that same oath would be ordered under any circumstance to violate the Constitutional rights of their fellow citizens—much less to provide a bizarre photo op for the elected commander-in-chief, with military leadership standing alongside.

We must reject any thinking of our cities as a “battlespace” that our uniformed military is called upon to “dominate.” At home, we should use our military only when requested to do so, on very rare occasions, by state governors. Militarizing our response, as we witnessed in Washington, D.C., sets up a conflict—a false conflict—between the military and civilian society. It erodes the moral ground that ensures a trusted bond between men and women in uniform and the society they are sworn to protect, and of which they themselves are a part. Keeping public order rests with civilian state and local leaders who best understand their communities and are answerable to them.

James Madison wrote in Federalist 14 that “America united with a handful of troops, or without a single soldier, exhibits a more forbidding posture to foreign ambition than America disunited, with a hundred thousand veterans ready for combat.” We do not need to militarize our response to protests. We need to unite around a common purpose. And it starts by guaranteeing that all of us are equal before the law.

Instructions given by the military departments to our troops before the Normandy invasion reminded soldiers that “The Nazi slogan for destroying us…was ‘Divide and Conquer.’ Our American answer is ‘In Union there is Strength.’” We must summon that unity to surmount this crisis—confident that we are better than our politics.

Donald Trump is the first president in my lifetime who does not try to unite the American people—does not even pretend to try. Instead he tries to divide us. We are witnessing the consequences of three years of this deliberate effort. We are witnessing the consequences of three years without mature leadership. We can unite without him, drawing on the strengths inherent in our civil society. This will not be easy, as the past few days have shown, but we owe it to our fellow citizens; to past generations that bled to defend our promise; and to our children.

We can come through this trying time stronger, and with a renewed sense of purpose and respect for one another. The pandemic has shown us that it is not only our troops who are willing to offer the ultimate sacrifice for the safety of the community. Americans in hospitals, grocery stores, post offices, and elsewhere have put their lives on the line in order to serve their fellow citizens and their country. We know that we are better than the abuse of executive authority that we witnessed in Lafayette Square. We must reject and hold accountable those in office who would make a mockery of our Constitution. At the same time, we must remember Lincoln’s “better angels,” and listen to them, as we work to unite.

Only by adopting a new path—which means, in truth, returning to the original path of our founding ideals—will we again be a country admired and respected at home and abroad. 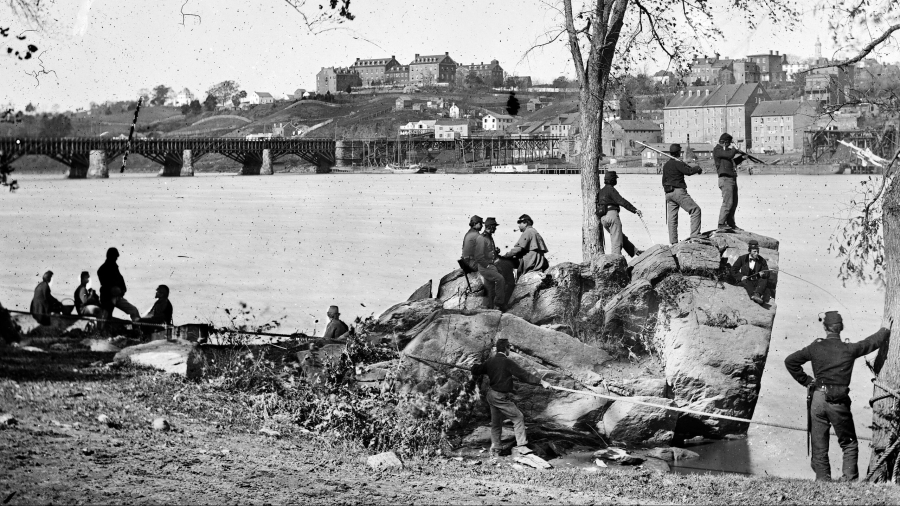 Per the Wall Street Journal, the last woman alive receiving a pension from the Civil War died today.

The deceased was 90 years old and was therefore born in 1930, roughly 65 years after the Civil War was over.

The soldier receiving the pension, her late husband, was almost 50 years older than her. A former Confederate soldier, he later defected to join the Union Army.

For his service to the Union, he received roughly $74 a month from the VA. The pension was passed on to his wife.

This is a link to an informative site about building a residential home with shipping containers. Try to look past the web design and the bright orange.

Photo by Nick Karvounis on Unsplash